Select a filter to search the resources in the list.
Series:Writings by John Bunyan
Preacher: John Bunyan
Passage: Ephesians 3:18-20

The Saints Knowledge of Christ's Love 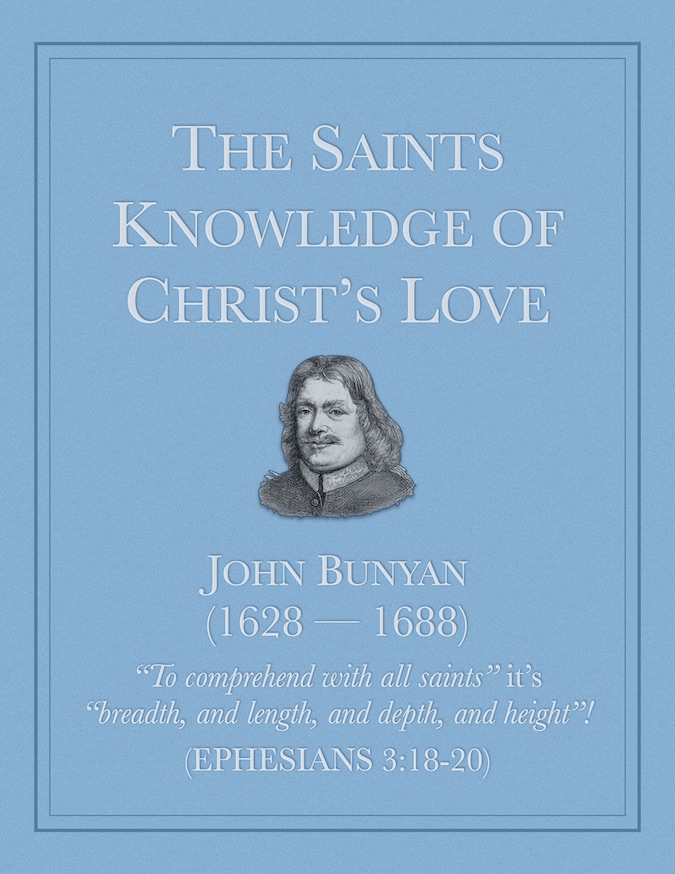 John Bunyan wrote... Why then do not Christians devote themselves to the meditation of this so heavenly, so goodly, so sweet, and so comfortable a thing, that yieldeth such advantage to the soul? The reason is, these things are talked of, but not believed. Did men believe what they say when they speak so largely of the love of God and the love of Jesus Christ, they would, they could, not but meditate upon it. There are so many wonders in it — and men love to think of wonders. There is so much profit in it — and men love to think of that which yields them profit. But, as I said, the belief of things is wanting. Belief of a thing will have strong effects, whether the ground for it be true or false. Suppose one of you should, when you are at a neighbour’s house, believe that your own house is on fire whilst your children are fast asleep in bed, though indeed there were no such thing; I will appeal to any of you if this belief would not make notable work with and upon your hearts! Let a man believe he shall be damned, though afterwards it is evident he believed a lie, yet what work did that belief make in that man’s heart. Even so and much more, the belief of heavenly things will work, because [they are] true and great and most good. Also, where they are indeed believed, their evidence is managed upon their spirit by the power and glory of the Holy Ghost Itself. Wherefore, let us study these things!

Tags: Christ's Love
Back to top